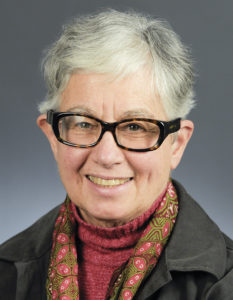 Minneapolis neighborhood activist Ilhan Omar beat long-time State Representative Phyllis Kahn in Tuesday’s D-F-L primary, and will likely become the nation’s first Somali-American legislator after the November election. Kahn, first elected in 1972 and tied for longest-serving legislator in Minnesota history, says “the voters have spoken and life will go on”.  Kahn says  “When I was elected it was a historic moment for the district. This is clearly another historic moment for the district. So I guess this is a district that’s prone to historic moments.”  Kahn came in last in a three-way race. Omar took 41 percent of the vote, Mohamud Noor 29.6 percent and Kahn 29.4 percent.

Two other high-profile state legislators also lost primary contests Tuesday and will not be on the ballot this November. State Representative Tom Hackbarth from Cedar was defeated by challenger Calvin Bahr, 57-to-43 percent. Hackbarth, as chairman of the House Mining and Outdoor Recreation Committee, has been at the center of a number of controversial issues in recent years. Republican State Senator Sean Nienow (NEE-noe) from Cambridge lost in the primary to G-O-P challenger Mark Koran. And long-time Representative Joe Mullery from north Minneapolis was beaten by fellow Democrat Fue Lee, who was born in a refugee camp in Thailand.

But Minnesota House Speaker Kurt Daudt (DOWT), a Republican from Crown, handily beat his G-O-P challenger in the primary. Daudt, who’s been heavily involved in negotiations with Governor Mark Dayton over a possible special session later this month, goes up against Democrat Sarah Udvig in the fall election.