You are here: Home / News / Minnesota’s own Louie Anderson has unique role in new hit show 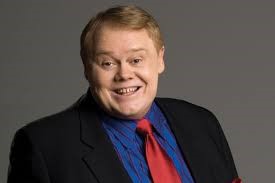 (Los Angeles, CA)  —  Minnesota’s own Louie Anderson is getting a lot of attention for his role on the critically-acclaimed new FX comedy show “Baskets”. Anderson plays the main character’s mother Christine. He says in some ways the part wasn’t that much of a stretch for him since he’s incorporated his “mom” character into his act for nearly 40 years and he has five sisters. Anderson says when producer Louis C.K. asked him to take on the roll, he said “yeah” and when he was told he’d be playing Zach Galifianakis’ mom, he said “yeah, what the h*ll!” The first episode of the show, which is about a rodeo clown who’s fallen on hard times, was the most watched basic cable comedy premiere since 2014. Check back here Thursday for a full interview with Louie Anderson on this week’s Minnesota Matters.