You are here: Home / Sports / Lynx into WNBA Finals with Sunday win 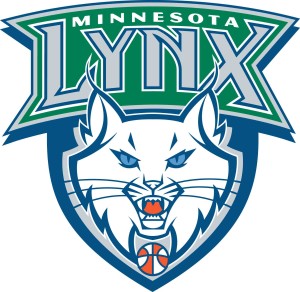 With another decisive sequence, the Minnesota Lynx have put themselves in position to repeat as WNBA champions.

Maya Moore scored 20 points and Natasha Howard added 17 to help the Lynx beat the Phoenix Mercury 82-67 on Sunday, completing a three-game sweep of the semifinal series.

”Defensively we feel like we got better from the first game to the third game but it was still a hard game,” said Seimone Augustus, who had 12 points and three steals for Minnesota. ”Today just felt like a day when we were playing great basketball on both ends of the floor.”

The Lynx dominated the Mercury for three games, averaging 97 points a game and a double-digit victory each time. Phoenix hadn’t played a home game in the playoffs until Sunday and has been on the road a majority of the last month.

”These players have a lot of mileage on their tires, so to speak,” said Phoenix coach Sandy Brondello. ”But they certainly competed. Minnesota has too much chemistry I would probably say. Just different people stepping up, they play very well together.”

Minnesota coach Cheryl Reeve acknowledged that the Lynx may have caught a bit of a break with a road-weary Mercury squad, even at home.

”We have a team that is fairly deep, we can throw some different things at them,” she said. ”So hopefully we got to that point where we get some separation.”

The top-seeded Lynx, who also eliminated the Mercury in the penultimate round a year ago, await the winner of Los Angeles-Chicago in their return trip to the WNBA finals.

Diana Taurasi had 12 points, after averaging 26.5 in her first four playoff games this year, as the eighth-seeded Mercury again had trouble with turnovers (15) and shot just 41 percent from the field. Taurasi was held to just one point in the second half, missing her three attempts from the field, all from 3-point range.

”(Howard) is such an active screener, she creates offense for the team,” Reeve said. ”She creates flow, any time she’s on the floor. She’s such a timely screener. She’s gets out of her screens very quickly.”

Reeve added, ”She had some plays in that third quarter that really gave us that separation. Just being persistent.”

Lindsay Whalen added 11 points, all in the first half, for the Lynx, who have appeared in the WNBA Finals in five of the last six years, winning the title three times.

DeWanna Bonner added 12 points and six rebounds for the Mercury.

”I think we definitely lost to a better team,” said Phoenix’s Penny Taylor. ”We didn’t play obviously our best, but credit to them and what they were able to do. They have played well all year.”

Taylor, who has won three WNBA titles with Phoenix and two silver medals for Australian, finished with four points but ended her career third in franchise history in points and games, and second in steals, assists and 3-pointers. She announced her retirement after 13 seasons during the Rio Olympics break.

Minnesota is now 10-2 against the Mercury in the postseason. The Lynx swept the Mercury in the conference finals, which was a best-of-3 series last season, eliminating Phoenix in the same arena on a late free throw by Moore. Phoenix won the 2014 conference series against Minnesota 2-1 on its way to the third WNBA title. Coming off a WNBA playoff-record 63 free throws, the teams combined for 28 foul shots on Sunday.

HOME AWAY FROM HOME, PART 2: While the two teams played at the Xcel Energy Center in St. Paul, as opposed to the Lynx’ usual home at the Target Center, the Mercury would have faced a similar situation for Game 4 of the semifinals. With a Sia concert scheduled for Tuesday, the teams would have played at Grand Canyon University, where former Phoenix Suns star Dan Majerle coaches basketball.

ELIMINATION TIME: Taurasi is now 13-4 in elimination games in her WNBA career. The Lynx have beaten Phoenix in the playoffs four times in the last six years. Minnesota has won nine straight against Phoenix, including 6-0 this season.