You are here: Home / Sports / Milone leads Twins past Tigers 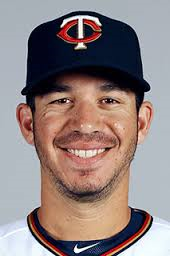 Two outs shy of a complete game, Tommy Milone finally had to be pulled in the ninth inning.

The important thing was that he made it that far.

Milone held Detroit scoreless until the ninth in his longest outing in over three years, and the Minnesota Twins broke through with five runs in the seventh in a 6-2 victory over the Detroit Tigers on Tuesday night.

”He’s had a little trouble once the hitters have seen him a couple of times,” Twins manager Paul Molitor said. ”Tonight he seemed to have a nice mix.”

Brian Dozier hit a two-run homer, Eduardo Nunez had three RBIs and Milone (3-2) breezed through the Detroit lineup until the ninth, when the Tigers finally chased him from the game. Down 6-0 at the start of the inning, Detroit scored twice and actually had the tying run at the plate with one out when James McCann came up with the bases loaded against Brandon Kintzler.

McCann and Jose Iglesias both struck out to end it.

Milone allowed two runs and four hits in 8 1/3 innings. The Tigers had only one hit before the ninth.

This was Milone’s longest outing since July 5, 2013, when he also went 8 1/3 innings for Oakland against Kansas City.

”It feels good to go deeper into the game,” Milone said. ”There’s obviously a lot of positives to take out of this outing.”

Anibal Sanchez (5-11) allowed three runs in six-plus innings, an encouraging sign for Detroit after he entered the game with a 6.75 ERA. Sanchez allowed seven hits and two walks, striking out 10. His line would have been even better, but the two runners on base when he was pulled in the seventh both came around to score.

”He did an outstanding job – that’s probably as good an outing as he’s had this season,” Detroit manager Brad Ausmus said. ”He did give up three runs, but two of those were after he was out of the game. He had really good fastball command, and that’s big for him.”

Nunez opened the scoring in the third with a sacrifice fly, and Sanchez and Milone were locked in an impressive duel until the Detroit right-hander allowed a walk and a single to start the seventh. Bruce Rondon came on in relief, and after a sacrifice bunt, Nunez poked a two-run single to center.

Nunez stole second and scored on Joe Mauer’s two-out single. Dozier followed with his 16th homer of the season to make it 6-0.

Milone allowed consecutive singles to Cameron Maybin, Miguel Cabrera and Victor Martinez to start the bottom of the ninth. He came out of the game after a sacrifice fly by Nick Castellanos made it 6-2.

Kintzler came on and allowed a single by Justin Upton and an infield single by Mike Aviles before retiring McCann and Iglesias.

”To have a good night and have it come, the tying run up to the plate there, it gets your attention pretty fast,” Molitor said. ”But he made some really quality pitches those last two hitters.”