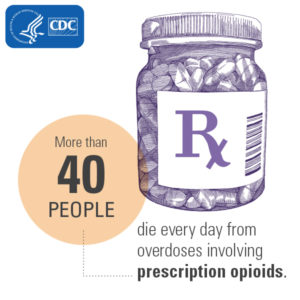 The state has received a 1.6-million-dollar, five-year grant to reduce prescription drug abuse. Human Services Commissioner Emily Piper says it will help the state raise awareness about the danger of sharing medications.

“It’ll help us work with the pharmaceutical and medical communities on risk of over-prescribing, particularly targeting young adults.”

Overdose deaths from opioid pain relievers nearly doubled in the last decade, from 111 in 2005 to 216 in 2015. Between 2004 and 2009, emergency department visits resulting from opioid use and misuse nearly doubled.  Piper says:

Unintentional poisoning deaths from prescription opioids quadrupled nationally from 1999 to 2010 and now outnumber those from heroin and cocaine combined. And there’s a link between prescription opioid abuse and illegal drug use.   Piper says the first year the state will develop strategies to combat prescription drug abuse, then implement programs to raise awareness. A working group is already preparing guidelines for doctors and other prescribers.