(Brooklyn Center, MN) — There will be no high school football or volleyball seasons in Minnesota this fall. The Minnesota State High School League yesterday opted to move the football and volleyball seasons to spring, with shortened seasons, fewer games and no scrimmages. Those sports will be allowed to conduct practices in the fall, along with some other traditional spring sports. Cross country, soccer, girls’ swimming and diving, and girls’ tennis will go on as planned this fall with a start to practice on August 17th. There will be limitations and protocols put into place, including reduced schedules and a shortened length to the season. The football and volleyball seasons would likely start after a shortened traditional winter season, while the traditional spring season will get pushed back. Minnesota State High School League executive director Erich Martens says the decisions came after considerable input from a variety of sources with a focus on state guidelines, student health, and trying to provide as positive of an experience possible. Martens says no specific start dates have been set, but football will likely conduct a six-game season starting sometime in March. He adds that state tournament plans in all sports are evolving and nothing has been finalized and things could look different than usual at the end of all seasons in Minnesota high school sports. 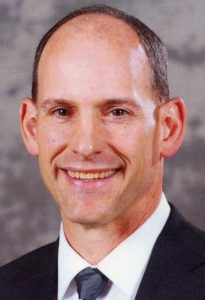