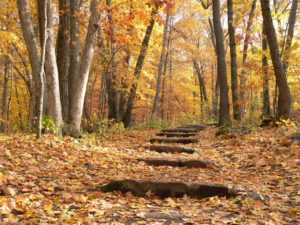 Tomorrow is the first day of fall and Assistant State Climatologist Pete Boulay says we had the fourth-wettest summer on record in Minnesota.  Boulay says Redwood Falls was the “first wettest” in Minnesota with 23.34 inches of rain for June, July and August — almost a foot above their normal.  He says average temperatures were about one degree above normal, not caused by higher daytime temperatures as much as nighttime lows being higher than usual.

Boulay says our much-wetter and slightly warmer-than-normal summer is no indication of what might or might not happen this coming winter.  He says the Climate Prediction Center is forecasting “a little bit of a chance of a cooler-than-normal winter…, but precipation-wise,… equal chances of above-normal and below-normal precipitation.”  As for fall colors, Boulay says they’re a bit delayed in parts of Minnesota because of a comparatively warm and wet September.

For more weather tidbits, here’s the full-length interview with Boulay: