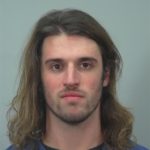 A criminal complaint filed Thursday in Dane County Circuit Court shows a suspended UW-Madison student is charged with 14 new felony charges and one misdemeanor, in connection to his actions against several women.

The charges against 20-year-old Alec Cook include various degrees of sex assault, as well as multiple counts of false imprisonment, strangulation and suffocation.

Cook was charged last week with an additional six felonies and three misdemeanors for a case in which investigators said he sexually victimized an acquaintance.