You are here: Home / Sports / Minnesota Twins at Detroit tonight 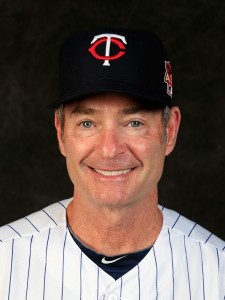 The Minnesota manager had his team in playoff contention much of last season. This year, the Twins are wallowing in last place in the American League Central.

They have an opportunity to diminish the Detroit Tigers’ drive for a postseason spot during a four-game series this week. Molitor doubts that his team will gain extra motivation from that. Minnesota lost the opener on Monday night, 4-2.

“We’ve talked a little bit over the last few weeks about the spoiler role,” he said. “Some players might draw upon that somewhat, when you’re playing a team that’s trying to get in the postseason. The game highlights will probably be shown. Who knows how certain players respond to that?

“I never really took a lot of pleasure in being someone who wasn’t in the race and beat teams that were trying to get in the postseason. You’re going out there and trying to play your best game, regardless of whether it’s spring training, April, September or the World Series.”

The Twins (53-91) have been an easy mark for the Tigers this season. Detroit (77-66) is now 11-2 against Minnesota while averaging 5.8 runs per game. Ian Kinsler and Miguel Cabrera had solo homers in Monday’s game, helping the Tigers pull within one game of the Baltimore Orioles in the race for the second American League wild card.

Minnesota’s lineup was weakened Monday by the absence of first baseman Joe Mauer, who is batting a quad injury. Mauer also missed Sunday’s game against the Cleveland Indians and will sit out the Tuesday game against Detroit left-hander Matt Boyd.

“I’m going to probably re-evaluate where he’s at in terms of getting a start on Wednesday,” Molitor said. “We’ll see if 72 hours gives him a little bit of improved health with that leg.”

Minnesota right-hander Kyle Gibson, who lost his only start against Detroit this season, will be on the mound Tuesday. Gibson (5-9, 5.34 ERA) is 3-5 with a 5.44 ERA in 10 career starts against the Tigers.

“They’ve got some solid bats in that lineup,” he said. “They’ve got guys with experience, and they’ve got a lot of (young) guys with a lot of talent. I’ve got to attack the zone, use all four pitches and keep doing what I’ve been doing.”

Keeping his emotions in check in a pivotal game for his team will be a key for the second-year pitcher.

“It’s awesome to be in a race like this, and it’s awesome to have a chance to start at home in the process of that,” he said. “I’m not taking it for granted, but I’ve got to look at it as just another start.”

The Tigers could be without Upton. He departed the Monday game because of a left calf strain.