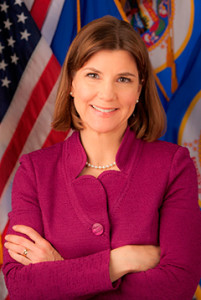 A-G Lori Swanson alleges the company engaged in a scheme to equip certain vehicles with software that made emissions control systems inoperative on the road, but would turn on during lab testing to fool regulators into believing the devices worked. She says it’s “very brazen what the company did. They had many people in the company were involved in creating the software and it was really done intentionally. These are diesel vehicles and the company wanted to market the diesel vehicles as really being clean.”
Swanson says the vehicles actually emitted Nitrogen Oxide at up to 35 times the legal limit.

Volkswagen says it sold or leased more than 11,500 tampered vehicles in Minnesota.