You are here: Home / News / MN GOP chair holding out hope Gov. Dayton will agree to MNsure reforms (with AUDIO) 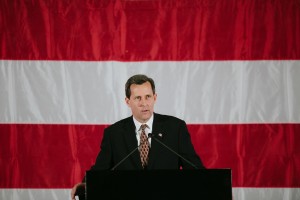 “Better late than never” says state GOP Chairman Keith Downey after Governor Mark Dayton admitted Wednesday that “the Affordable Care Act is no longer affordable.” It comes as big rate hikes were announced for next year. Downey says Republicans have been offering solutions and “our preference would be to start over and not have Obamacare in the first place, and proceed with more market-based and patient- and consumer-friendly reforms.”

Downey says Republicans “hold out some hope” that the governor would be willing to look at “fundamental significant solutions, as compared to just nibbling around the edges.”  He adds, “I don’t know that Governor Dayton would want to leave office with his legacy being that he defended a broken health care program that was bankrupting families and small businesses across this state.”  Some Republicans in the legislature recently proposed a special session to address the problem, but Dayton said Wednesday he won’t discuss it until after the November election.

More from Bill Werner’s interview with Downey, talking about the political dynamic at both the state and national levels: