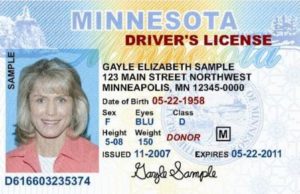 Governor Mark Dayton says he’ll sign a REAL ID bill the legislature passed Wednesday, after Republicans stripped out a controversial provision banning drivers licenses for illegal immigrants. But they put the measure in a public safety appropriations bill instead — and Dayton warns if Republicans hold the state budget hostage over policy issues, they’re responsible for moving toward government shutdown.  He says if that happens, “June 1st, commissioner of MMB has to issue layoff notices. June 7th, the DNR stops taking reservations for July and has to rebate the ones that they’ve taken. The clock is ticking.”  Dayton and Republicans have five days to agree on the budget or a special session will be required to avoid state government shutdown July 1st.