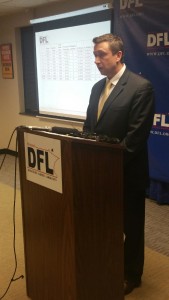 DFL Chairman Ken Martin announced that Bernie Sanders has won the Minnesota caucus for the DFL. Martin calls Bernie Sanders’ win, “a very decisive victory.” He states that this will likely be the second largest turnout for a DFL caucus behind the historic 2008 election.

GOP Chair Keith Downey claims that the Republicans have set a new party for the record as they vote in preference of Marco Rubio. With 88% of precincts reporting Marco Rubio leads with 36% of the vote, followed by Ted Cruz with 29% and Donald Trump 21%.

Both the GOP and DFL have updates on the Minnesota Caucus. Minnesota GOP Chairman Keith Downey says Marco Rubio is the likely winner for the GOP and Bernie with 58%  leads Clinton 41% in the caucuses. 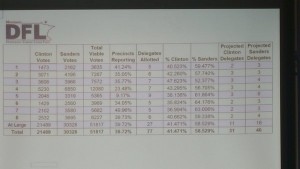 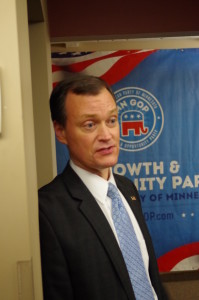 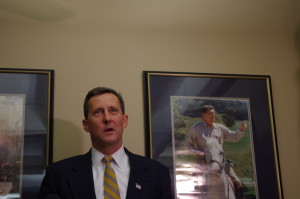 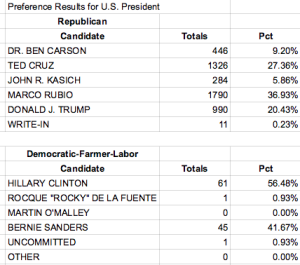 Moments ago DFL Chair Ken Martin told the DFL’s results room that turnout in the state looks very good in parts of the state including the St. Cloud, Mankato and the Metro area. 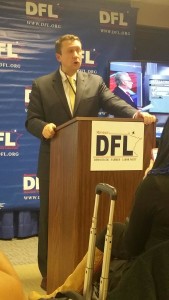 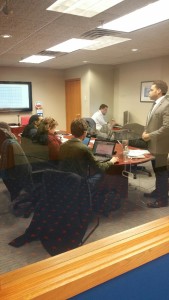 Earlier today in the metro area, Hillary Clinton stopped at Mapps Coffeehouse in the Cedar-Riverside neighborhood of Minneapolis. 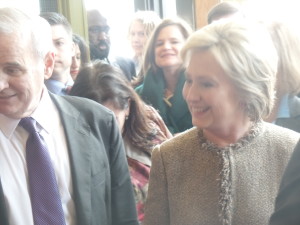 She told reporters that she came to Minnesota to tell voters, “I am prepared to do all aspects of the of job of being president and I hope people in Minnesota will give me a chance to move forwards to the nomination  and I will work really hard for you.” 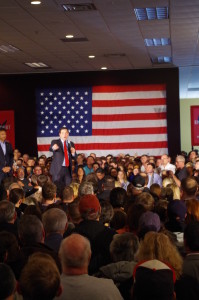 Hillary Clinton wasn’t the only candidate vying for votes in the state as Marco Rubio held a rally in Andover.  Hours before caucuses begin, Republican presidential hopeful Marco Rubio blasted front-runner Donald Trump, calling him a “world-class con artist and a sham” who built Trump Tower with illegal immigrants before equating Trump’s celebrity status to that of former Governor Jesse Ventura, whom he called “an embarrassment.”