The day after their worst season in club history, the Minnesota Twins took a symbolic step forward. 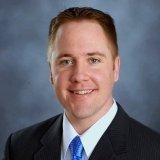 The Twins formally announced 33-year-old Cleveland Indians assistant general manager Derek Falvey would be their new executive vice president and chief baseball officer, charged with turning around a team that lost by far the most games (103) in the major leagues.

”I believe the addition of Derek Falvey to the Minnesota Twins will markedly enhance our organizational excellence and bring championship baseball back to Minnesota,” Twins owner and chief executive officer Jim Pohlad said on Monday, in a prepared-yet-ambitious statement distributed by the Twins.

Championship baseball has been missing from Minnesota since 1991, and the last time the Twins won a postseason game was 2004. They’ve averaged 94 losses per year since 2011, and this past season was the tipping point for widespread change. Executive vice president and general manager Terry Ryan was fired on July 18, ending his leadership of the baseball operations at 17+ seasons.

Falvey reflects an industry-wide trend toward young, analytical, innovative executives, with Theo Epstein’s success after being hired as a 28-year-old in 2002 by the Boston Red Sox as the prime example. Epstein is now leading a revamp of the Chicago Cubs, who just piled up the most wins they’ve had since 1910.

”It’s a tremendous honor to have the opportunity to lead the Twins baseball operation,” Falvey said in a statement in which he vowed to advance the organization’s processes and ”nurture a progressive culture.”

Falvey joined Cleveland’s baseball operations in 2007 and rose through the department to third-in-command this season. The former pitcher for NCAA Division III Trinity College in Hartford, Connecticut, earned a degree in economics in 2005. He will join theTwins after the playoff-bound Indians wrap up their season.

”He’s kind of a rising star, in my opinion,” Cleveland manager Terry Francona said recently. ”I don’t think you’re going to talk to anybody around here who doesn’t think he is.”

The Twins have gone young before. Andy MacPhail was hired to lead the baseball operations at age 32 in 1985, and he had a big hand in building the 1987 and 1991 world champions. The Milwaukee Brewers, using the same search firm as the Twins, hired general manager David Stearns a year ago at age 30.

The top priority for Falvey must be pitching. The Twins had a 5.08 team ERA, more than a half-run higher than the next-worst team in the American League. Ervin Santana was the only reliable starter. The Twins had a middle-of-the-pack offense, but they lacked consistency with impotent stretches in April and September. They used a franchise-record 49 players.

Here are the top takeaways from the 2016 season:

Overshadowed by the futility of the pitching was the continued deterioration of the defense behind it. Once an organization lauded for sound fundamentals, the Twins were charged with a league-most 126 errors, 29 more than the next-closest teams. Miguel Sano had 18 in 80 games in the field.

Dozier, making a mere $3 million this season, became the only Twins player beside Hall of Fame member Harmon Killebrew and the first since 1970 to reach the 40-home run mark. He went deep 42 times and batted a career-best .268 with 99 RBIs, despite a 2-for-34 slide over his last eight games and an awful start that had him hitting .202 at the end of May. Dozier also stole 18 bases in 20 tries.

The Twins at least were a more powerful team at the plate this year, hitting 200 home runs for their highest total since 1964 and their third-most in club history. The Twins had 11 players reach the 10-homer mark, matching a major league record shared with Detroit (2004) and Houston (2015).

Sano started the season awkwardly in right field, missed time to hamstring and back injuries and tainted his 25 home runs with a team-high 178 strikeouts in 437 at-bats. Center fielder Byron Buxton struggled badly at the plate until finally finding a groove in September. Right-hander Jose Berrios posted an 8.02 ERA in 14 starts. This trio is the core of the young talent the Twins and their fans had been eagerly awaiting.

Catcher Kurt Suzuki is the only free agent, but roster changes are certain. Dozier could be a trade candidate, a quick way to upgrade the starting pitching. Third baseman Trevor Plouffe, beset by midsection injuries, has had his job taken by Sano.