(Minneapolis, MN) — New University of Minnesota men’s basketball assistant coach Jeff Mailhot says returning to his hometown to be a college basketball coach is a dream come true and a great opportunity. Golden Gopher head coach Richard Pitino officially hired the Minneapolis native last week to take over for the departed Rob Jeter, who left to be the head coach at Western Illinois in March. Mailhot says he is eager to dive into his duties on campus, but for the moment, has been working remotely mostly the pandemic has campus shut down. He says he looks forward to expanding his coaching abilities and expand his horizons. Mailhot came to the Golden Gophers after a season as an assistant at Iona in New York City and prior to that he was an assistant at New Mexico State. Mailhot played high school basketball at Hopkins and served as an assistant coach at the school, as well. He says his duties will be well-rounded, as he will work with the team in developing the guards, defensive concepts, scouting reports, and recruiting. 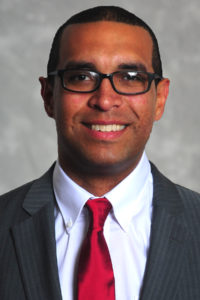