You are here: Home / News / New website has info on which fish are safe for pregnant women to eat (with AUDIO) 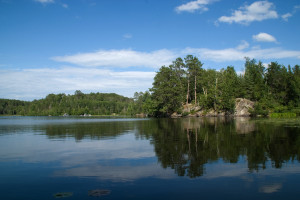 Women who are or may become pregnant should check out a new website that tells which fish can be eaten safely, and how often. HealthPartners Doctor Abbey Mello says it applies to store-bought fish as well as those caught by anglers.  Mello says, “That’s really I think what started this project, is noticing that there were women who were eating fish that weren’t safe, and so this is going to help them know what’s safe to eat when they do catch it locally.”

Mello says fish has Omega Three, not found in any other food source. She says, “This provides a really good source of this fatty acid, which is really important in brain development.”  But Mello says it’s essential to reduce exposure to contaminants:  “If fish have — primarily we worry about mercury — but other heavy metals, that can also have negative side effects on the health of the developing fetus, probably in the same area of brain development.”

Information for mothers-to-be about eating fish is at ChooseYourFish.org.

More in this interview: