(Rochester, MN) — The Northwoods League has announced the start of a regional season featuring four teams from Minnesota and a fifth from Iowa. This “pod” of teams will begin competition on July 1st with the season running through August 20th. Mankato, Rochester, St. Cloud and Willmar are the four Minnesota-based teams, while Waterloo is the Iowa entry. The Northwoods League will work in consultation with local and state health officials to create a safe environment for everyone. The president of the Northwoods League Great Plains Division Glen Showalter says they are thrilled to allow fans to go to games in accordance with local and state health protocols. He says the league had to be patient and nimble in getting to a point where they could introduce the adjusted scheduling format to deliver a season. In addition, play will start in July involving a pod of teams from Wisconsin and Illinois, as well as a separate pod of teams from Michigan. The Northwoods League has been playing games in a North Dakota pod since mid-June. The Northwoods League is in its 27th year of being a summer, wood bat league to help develop players who are enrolled in college. It serves as a valuable training ground for players, coaches, umpires, front office staff, and others. 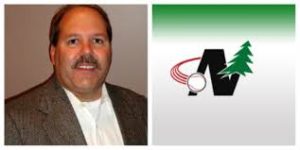