You are here: Home / News / Number of homeless veterans falling across the state (Audio) 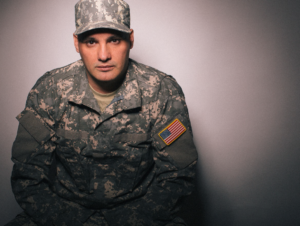 In Minnesota, six out of 10 homeless veterans have been without stable housing for a year or longer. One out of three has been homeless for at least three years.

Owen says there is still work to be done:

Owen says over 60-percent of homeless veterans suffer from serious mental or chronic health illnesses. The average age of a homeless vet in Minnesota is 51.

61% of homeless Veterans are chronically homeless. In Minnesota, 6 out of 10 homeless veterans have been without stable housing for a year or longer. One out of 3 has been homeless at least three years.

87% percent of homeless Veterans in Minnesota report having at least one chronic disability. This includes serious mental illness, chronic health conditions, substance abuse disorder, and other conditions that limit work or activities of daily living. Over one-third of all homeless Veterans (36%) are likely to have a brain injury.

Homeless Veterans in Minnesota 2015: Findings from the 2015 Minnesota Homeless Study is now available at www.mnhomeless.org.