You are here: Home / Sports / Nunez to MLB All-Star Game for Twins 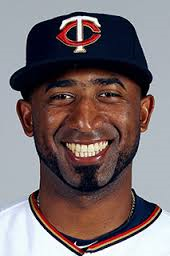 Rules required the Minnesota Twins to send a player to the All-Star game despite their worst-in-the-majors record.

Nunez was selected Tuesday as a reserve for the American League team at next week’s game in San Diego. The 29-year-old erstwhile New York Yankees prospect and utility-man-turned-leadoff-man has flourished in his first season as a regular, making him the easy pick for AL manager Ned Yost. Nunez’s versatility further strengthened his candidacy.

”I’m really excited about that,” Nunez said. ”Especially when you’ve been the bench guy, now to go to the All-Star game, it’s why your dream comes true.”

General manager Terry Ryan and manager Paul Molitor broke the news to Nunez in front of the team before a game against Oakland that started more than 2 1/2 hours late because of rain.

”Honestly I never thought about that because I didn’t want it to be on my mind, and then if I find out I’m not going I’d be like, `Oh my God, so disappointed,”’ Nunez said. ”But I just tried to play hard, and after like a few days ago I started thinking about that.”

The Twins started the year with Eduardo Escobar at shortstop, but Escobar and third baseman Trevor Plouffe missed time with injuries. Nunez hit so well that Molitor had no choice but to leave him in the lineup.

Acquired by the Twins from the Yankees early in the 2014 season, Nunez was once considered the eventual replacement for Derek Jeter in New York. His shining moment, as it turned out, came a couple of years later.

Nunez entered Tuesday batting .315 with 42 runs, 11 home runs, 34 RBIs and 19 stolen bases with an .820 on-base-plus-slugging percentage, all career highs at the season’s midpoint.

”From start to finish,” Ryan said, ”Nunez has been our most consistent guy.”

Down the hall at Target Field, A’s catcher Stephen Vogt learned he will be representing his team at the midsummer event for a second straight year. Not unlike Nunez, Vogt was hardly on an All-Star track a few years ago.

Acquired from Tampa Bay in 2013 after going 0 for 25 to start his major league career with the Rays, Vogt was up and down between Oakland and Triple-A Sacramento for two seasons before a big first half in 2015 that landed him on the team. He hit .308 with 13 homers and 53 RBIs over his first 70 games.

This year, Vogt was batting .267 with six home runs and 24 RBIs in 68 games for the injury-ravaged A’s, so he didn’t expect to be picked again. But the All-Star break gathering planned by the extended Vogt family near their hometown of Visalia, California, will have to be called off. Vogt broke the news to his brother as he was driving west with his family.

”I said, `Hey, what’s the cancellation policy on that cabin?’ They were going to turn south and drive a little bit further,” Vogt said. ”So I’m blown away. I’m honored, and I can’t stop smiling.”