You are here: Home / Sports / Packers defense prepping for Vikings 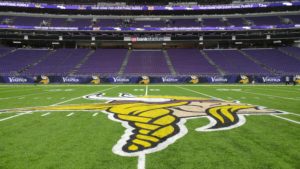 The Green Bay Packers’ roster is running short on healthy cornerbacks going into an important game this weekend at Minnesota.

Top cornerback Sam Shields remains in the NFL’s concussion protocol after getting hurt late in the season-opening win over Jacksonville. Backup corner Josh Hawkins hasn’t practiced yet this week because of a hamstring injury that kept him out last week, too.

It left coach Mike McCarthy with three healthy corners in Damarious Randall, Quinten Rollins and LaDarius Gunter going into practice Thursday ahead of the showdown on Sunday night against the Vikings.

McCarthy said that he’s comfortable with the depth.

”Yes, just the way we’re working yesterday and today, so far so good,” he said Thursday before practice.

The Packers are able to play defensive back Micah Hyde at corner and safety. Dime linebacker Joe Thomas also had a strong game last week against the Jaguars, while Morgan Burnett and Ha Ha Clinton-Dix are a solid tandem at safety.

”That’s why you practice, and these are things really when you go back to training camp and you’re in your installation phase, that’s what you rely on,” McCarthy said. ”You have to have different combinations of personnel and the ability to move guys around.”

The Packers are preparing for a Vikings offense with questions at quarterback. Minnesota coach Mike Zimmer has said that he doesn’t plan to name a starter between Shaun Hill and Sam Bradford until Sunday.