You are here: Home / News / Patty and Jerry Wetterling speak out for the first time (Audio) 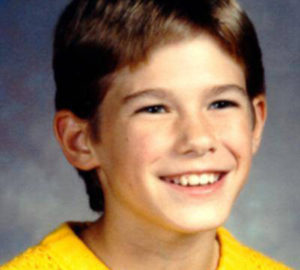 Since learning the news of how their son died, Patty and Jerry Wetterling both say there have been many sleepless nights. Jerry says they first got word , through their attorney that Danny Heinrich was ready to talk and offer details surrounding Jacob’s abduction:

Patty says she still can’t wrap her head around everything, including Jacob’s final moments:

Jacob’s dad Jerry  says having the answers doesn’t mean there is closure.  He says its never been about closure but about finding the truth.  Wetterling says he doesn’t care for the word closure:

Patty says up until Heinrich’s confession, she always believed Jacob was coming home. She said it was Jacob’s Hope that kept her going all these years:

Wetterling says while her role might change a bit, the work isn’t done. She says she will continue her fight for all missing and exploited children.

Patty and Jerry Wetterling granted media interviews Tuesday for the first time since the courtroom confession of Danny Heinrich of Annandale.  Heinrich admitted to sexually assaulting and shooting Jacob October 22nd, 1989.  Sentencing is set for next month and the Wetterling family is expected to deliver a victim impact statement.