New Orleans Saints running back Adrian Peterson said he’d like to
play another five or six years, although he had a little help in
coming up with those numbers. 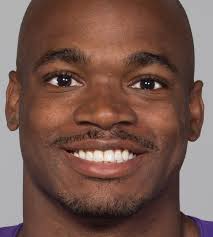 “Thirty-seven, 38 would be good,” the 32-year-old Peterson said on
Wednesday, admitting that No. 37 was on his mind when former Saints
player Steve Gleason’s jersey number flashed on the scoreboard
during a charity softball game.

Peterson reportedly has made quite the impression during the first
two weeks of his new team’s OTA practices, with quarterback Drew
Brees on record as saying he’s “a stud.”

Peterson, who has led the NFL in rushing three times, agreed to a
two-year deal worth $7 million in the offseason. The seven-time Pro
Bowl running back is coming off knee surgery and is expected to
share time with Mark Ingram and rookie Alvin Kamara.

Peterson’s 2017 option was not picked up by the Vikings on Feb. 28
after he spent his first 10 seasons in Minnesota, becoming the
franchise’s all-time leader in rushing yards (11,747) and
touchdowns (97). 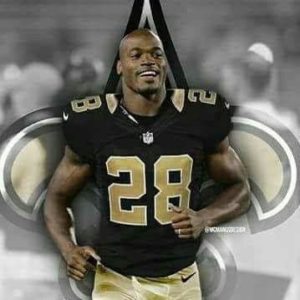