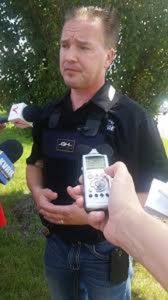 Moorhead police say they have not decided whether to recommend charges against a man who harassed a woman for wearing a headscarf in a grocery store. The Muslim woman reported that she was followed by the man who told her to remove the covering.

“Well, it still continues and has been the whole time, an open investigation, with the investigating officer working with Hornbacher’s to see if we can obtain information that would lead to the identity of the male individual, we have not identified him as of this time,” Lt. Tory Jacobson told KFGO News.

An employee contacted police. The Clay County Attorney’s Office would decide whether any charges will result, if the man can be identified.  \

Thanks to MNN affiliate:  KFGO