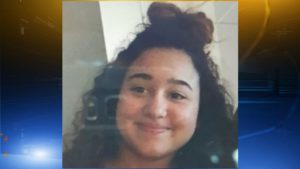 The Rochester Police Department is asking for your help in locating a missing teenager. 13-year-old Journee Malone was last seen near Gage East Apartments Monday around 5p.m. Malone has the disability of being a “selective mute” and may not communicate willingly. She is five-three, 120 pounds, has a light brown complexion and long hair. She was last see wearing a darl-colored — hooded sweatshirt, jeans and black boots. She also had a backpack with her at the time.

Malone may be voluntarily missing and being hidden with the assistance of others. If anyone has contact with the Malone, they are asked to immediately contact 911.  If anyone has information on the whereabouts of Malone, they are asked to call the Rochester Police Department at 507-328-6000 or RPD Investigator Johnson directly at 507-328-6921 ( ajohnson@rochestermn.gov ) or Investigator Bush at 507-328-6928 ( sbush-seim@rochestermn.gov )