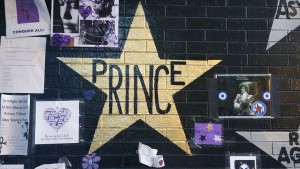 The official Prince tribute concert will be October 13th as previously announced, but at the Xcel Energy Center in Saint Paul instead of the new U-S Bank Stadium in Minneapolis. Tickets go on sale Monday at 10am. Stevie Wonder, Chaka Khan, Christina Aguilera, John Mayer and Tori Kelly will be among those paying tribute to the Purple Man. The X has less than half the concert seating capacity of the new Vikings stadium, but promoters still expect to raise over a million dollars for the Prince estate. The tribute concert date was announced by Prince’s sister in late July, but details were slow in coming, sparking frustration for fans around the world who bought airline tickets and made hotel reservations.