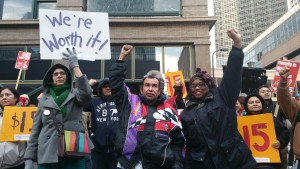 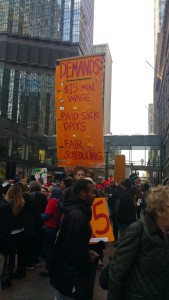 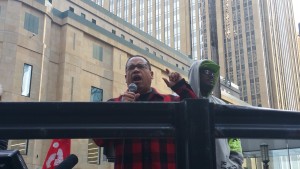 (Minneapolis, MN)  —  Congressman Keith Ellison addressed protesters asking for higher pay this morning in downtown Minneapolis. He says it’s not just about wages, it’s also about racial and economic disparities and that even in a city with low unemployment, prosperity goes to some and not all.
The protesters, many of whom are fast food workers and retail janitors, are calling for a $15 minimum wage. Ellison says he did similar work in his 20s and it was harder, especially physically, than the work he does now. The workers are also calling for fair scheduling and paid sick days.