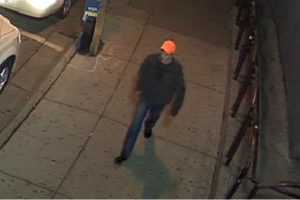 Scott Radel disappeared in February, 2006 and his body was found in the icy Mississippi river about a month later.

“From pretty much none, to a significant amount of public cameras as we’ve added buildings — the library, the River’s Edge Convention Center, the police station — any type of public building we’ve added cameras.  We’ve also added cameras all along Lake George as part of that development.

Kleis says more cameras will be installed in the street lights all along 5th Avenue and St. Germain Street later this year.

He says he’s also hoping to make a partnership announcement during his State of the City Address next month for even more cameras to be installed along the Beaver Island Trail and on some bridges.

Assistant Police Chief Jeff Oxton  says the surveillance video shows Dady walking east on the bridge deck out over the water. Since it was dark and the quality of the video is poor, Dady can only be seen walking about 1/3 of the way across the bridge. Oxton says there is some indicators that Dady may have fallen from the bridge.

Police are reminding residents the railroad bridge is not for pedestrian use, it doesn’t have rails and is dangerous to walk to on.  Thanks to MNN Affiliate WJON St. Cloud.