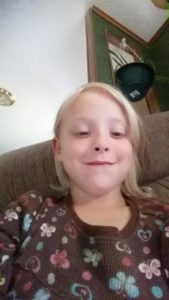 A missing five-year-old girl in Bemidji has been found safe.

Officials say Brittany Balcer was visiting a home where a fire broke out on Wednesday. After the fire was under control, crews found the body of an adult woman, but Balcer was missing. The Minnesota Bureau of Criminal Apprehension says Balcer was found early this morning. A suspect is reportedly in custody and the cause of the fire remains under investigation.

Bemidji police are planning a 1pm news conference for updates on the case.