You are here: Home / News / “Resist from Day One” Trump protest/march set for today in Mpls 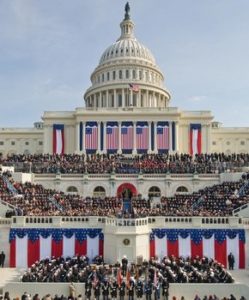 The “Resist from Day One” coalition is set to march and hold a rally in Minneapolis today in protest of President-elect Donald Trump’s inauguration in Washington. Spokeswoman Alexis Boxer says there are currently “over 72 organizations that have endorsed and signed on to participate, so we’re anticipating thousands of people showing up in support throughout the day.” Boxer says the march is intended to show solidarity with those the group feels could be most impacted by a Trump administration in the coming years, including, Muslims, minorities and women. Organizations in the coalition include Black Lives Matter, Veterans for Peace and the U of M’s Students for a Democratic Society.