You are here: Home / Sports / Rochester native Sherels trying to prove himself again 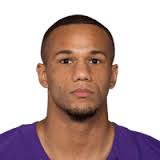 Here he is again, Marcus Sherels, beginning his seventh season in the NFL without assurance of a roster spot with the Minnesota Vikings.

Sherels long ago proved his worth as a sure-handed, soft-spoken punt returner, whose self-made career has become one of the best stories in franchise history after starting out in 2010 as an undrafted local invited to rookie camp only on a tryout basis.

The depth chart at cornerback is even more crowded now, though, and Sherels isn’t in the top six there. Kickoff returner Cordarelle Patterson isn’t a significant contributor as a wide receiver, either.

So the Vikings could be challenged next week to either keep a pair of limited-role players and hinder their depth at another position, or let go of a valuable returner such as Sherels or Patterson.

Not that Sherels would acknowledge any worry about this.

As for the pride the 5-foot-10, 175-pound product of John Marshall High School in Rochester and the University of Minnesota surely takes in lasting this long in a league with an average career that’s about half of his, Sherels keeps that quiet, too.

The smile widens, and the lilt in his voice accelerates when the subject of the four former Gophers currently in camp is broached.

Wide receiver Troy Stoudermire was signed this summer after three years in the Canadian Football League, and he’s getting a look as a punt and kickoff returner. Sherels, naturally, has taken to a mentoring role for a player he spent two seasons with at Minnesota.

”He’s really talented, and he’s been playing well. I’m happy for him, and it’s fun watching him,” Sherels said. ”I remember in college, he did everything.”

The smile comes freely for Sherels, too, when asked about his interception return for a touchdown last week at Seattle. This came during a trying month for him and his family, following a serious medical issue that popped up recently for his older brother, Mike Sherels, and required two surgeries.

”There couldn’t be a better guy for that to happen to,” said wide receiver Adam Thielen, another one of the seven Minnesota natives currently in camp. ”He works hard for it. He deserves it. He’s a heck of a football player. Obviously, good guys, good things happen to them.”