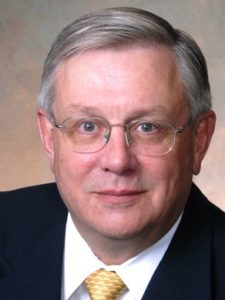 St. Cloud State University, and the greater St. Cloud community, is grieving the loss of President Earl Potter. He was killed in a car crash in the Twin Cities Monday night.

It’s a loss to the state of Minnesota. It’s a loss to higher education. He was a highly respected leader both in Minnesota, and across the nation, as well as around the world.

The Minnesota State Patrol says the crash happened just after 5:30 p.m. yesterday (Monday) in Brooklyn Center on Interstate 694. Potter’s vehicle went off the road and hit a guard rail. The vehicle then flipped multiple times. 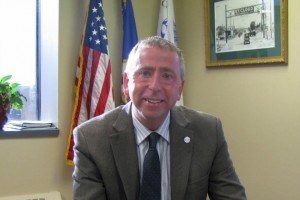 St. Cloud Mayor Dave Kleis says he has been in shock since he heard the news of President Potter’s death. He says Potter had a tremendous impact on both the university and the community.

I don’t know of a time in the university’s and city’s history where there has been such a strong connection, and that’s due to Earl’s leadership.

Kleis says it was a priority for Potter to move the Welcome Center to the edge of campus, instead of in the center of campus, to make the university more accessible. 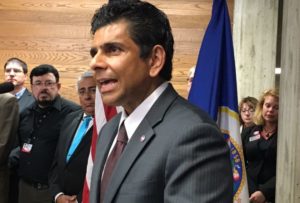 The chancellor has named Provost Ashish Vaidya to serve as the Acting President. He says Potter put students first at SCSU.

President Potter was an amazing leader, dedicated to student success at St. Cloud State, and preparing students for life, work and citzenship in the 21st century.

Potter has been SCSU’s President since 2007. 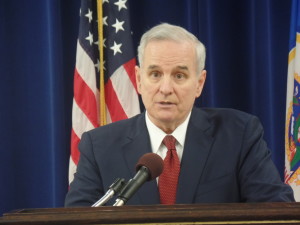 “It is with deep sorrow that I learned late last night of the tragic death of St. Cloud State University President Earl Potter. President Potter accompanied me on all four of my international trade missions, as he sought to find new students for the university and to expand educational opportunities for St. Cloud State’s present students.