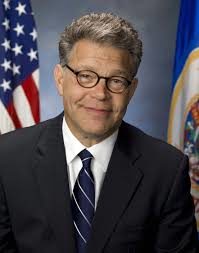 Franken has been pushing for the improvements since 2009 and says the current building “was not meant to be a school, it was a pole barn with a garage, and the kids have to leave the school if the winds start to blow more than 40-mph, because it could collapse.”

The nearly $12-million project is meant to replace the currently dilapidated school building and improve conditions for students–who for years had to endure leaky ceilings, faulty electrical and air systems and mold.

The new building is expected to be completed in 2017.