Governor Tim Walz says Minnesota has done more than half-a-million COVID-19 tests and reached its capacity goal of 20-thousand tests daily. Walz says, “I can tell Minnesotans that we have one of the major tools necessary to weather the long haul… [until we get a] vaccine, with a robust testing infrastructure that was built in a very Minnesota manner. We called it the ‘moon shot.'”

The state continues to provide “pop-up” sites at various locations that need additional testing capability. Those have included Duluth, Moorhead, Saint James, Faribault and Mower County — plus in the Twin Cities after protests following the death of George Floyd. 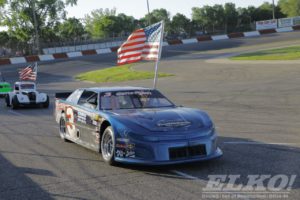 (Elko New Market, MN) — The owner of a NASCAR-sanctioned track just south of the Twin Cities is frustrated that he’s had to cancel this weekend’s season-opening events. Tom Ryan owns Elko Speedway and had been planning a Fourth of July opener, but says current COVID-19 health guidelines from the state still aren’t allowing for […] 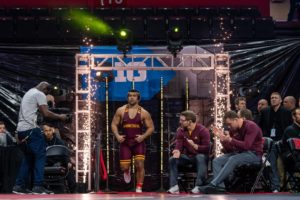 (Minneapolis, MN) — Golden Gopher star wrestler Gable Steveson of Apple Valley is using his platform as a well-known black athlete to raise awareness on social justice issues. Steveson says he became more active after the death of George Floyd and has taken part in local protests, tried to help educate friends on the issues, […]

The NFL will cut its preseason in half and push back the start of exhibition play so teams have more time to train following an all virtual offseason made necessary by the coronavirus pandemic, a person with knowledge of the decision told The Associated Press. The person spoke on condition of anonymity because the league […]