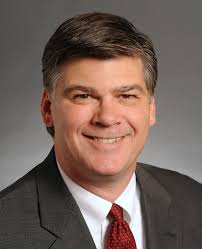 The debate over REAL ID drivers licenses ratchets up at the State Capitol today. Republican Senator Eric Pratt says he’s removing from his bill a controversial measure prohibiting undocumented immigrants from obtaining drivers licenses, which opponents say just duplicates current law.  Pratt says there’s bipartisan agreement that lawmakers need to address immigration and REAL ID drivers licenses as separate issues and  “this is about making sure our folks have identification that they can use to get on airplanes, get into federal buildings and enter military bases.”

But the controversial provision remains in a companion bill that’s moving forward in the Minnesota House.  D-F-L Representative Carlos Mariani says it’s “hold[ing] the people of Minnesota hostage to not being able to get on airplanes, so that one party here can play out its discriminatory attitude toward undocumented immigrants.”  Opponents say the measure is unnecessary because the state currently cannot issue drivers licenses to undocumented immigrants.