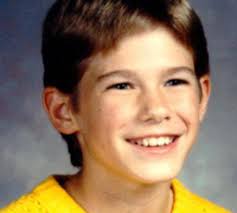 We are in deep grief. We didn’t want Jacob’s story to end this way. In this moment of pain and shock, we go back to the beginning. The Wetterlings had a choice to walk into bitterness and anger or to walk into a light of what could be, a light of hope. Their choice changed the world.

This light has been burning for close to 27 years. The spark began in the moments after the abduction of Jacob Wetterling, when his family decided that light is stronger than darkness. They lit the flame that became Jacob’s Hope. All of Central Minnesota flocked to and fanned the flame, hoping for answers. The light spread state-wide, nationally and globally as hearts connected to the 11 year old boy who liked to play goalie for his hockey team, wanted to be a football player, played the trombone, and loved the times he spent with his sisters, brother, and parents.

Today, we gather around the same flame. The flame that has become more than the hope for one as it led the way home for thousands of others. It’s the light that illuminates a world that Jacob believed in, where things are fair and just.

Our hearts are heavy, but we are being held up by all of the people who have been a part of making Jacob’s Hope a light that will never be extinguished. It shines on in a different way. We are, and we will continue to be, Jacob’s Hope.

Jacob, you are loved.