You are here: Home / News / Sunday liquor sales bill may have best chance ever at MN Legislature (with EXCLUSIVE AUDIO) 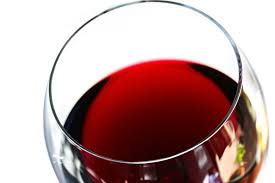 Now that Sunday liquor sales has passed the Minnesota House, its chances in the Senate might be the best ever.  Senate Republican Majority Leader Paul Gazelka says he does not support liquor stores being open on Sundays, citing possible effects on ma-and-pa businesses, but Gazelka says, “If the votes are there in the Senate to pass it, I will not stop it.”  He adds, “I would say there’s a growing desire to see that done. Every year that I’ve seen that I’ve been here, the number gets closer and closer. It feels like this is the year.”

Governor Mark Dayton has said if the Sunday liquor sales bill reaches his desk, he will sign it.

Opponents of Sunday sales say small neighborhood stores will be hurt, because their overhead will increase in order to compete with other retailers open on Sundays, but revenues will increase little if at all.  They warn dropping the ban on Sunday liquor sales will favor big-box stores and ultimately reduce competition.  Backers of the bill responds Minnesotans, with their busy schedules, shouldn’t have to plan ahead just to have a drink at home on Sundays.

Others have social policy or religious objections.  In Monday’s House floor debate, Glencoe Republican Glenn Gruenhagen called the bill a “libertine” measure granting “licentious freedom.”  Gruenhagen added he grew up in a time when adults restricted their freedoms for the benefit of children when using a product with “severe negative consequences.”