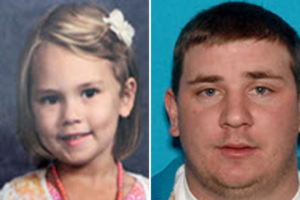 The family friend accused of kidnapping and killing a five-year-old girl from Watkins Saturday was formally charged today in Cass County.

25-year-old Zachary Anderson of Coon Rapids is accused of sexually assaulting and killing Alayna Ertl and then dumping her in a swampy area on his family’s property, near Motley. An autopsy shows Ertl likely died due to strangulation and also suffered blunt force trauma to the head.

Anderson is a co-worker of Alayna’s father and often spent the night at the Ertl home after playing softball. Ertl and Anderson were discovered missing at around 8:30 the next morning and an Amber Alert was issued. At around 2pm that afternoon, Anderson’s father contacted the Cass County Sheriff’s Office and said that he believed his son was the subject of the Amber Alert, and that his son had called earlier in the day asking for permission to go to the family’s cabin in Motley.

When deputies arrived at the cabin, they located the stolen vehicle Anderson was believed to have been driving and once inside the cabin located a single shot 20-gauge shotgun on the table with multiple 20 gauge rounds spilled about and 12 gauge rounds, but no 12-gauge shotgun. Also on the table was an apparent suicide note with what appeared to be blood on the upper corner.

Soon after, deputies located Anderson nearby in knee-deep water in a swampy area and noticed he had fresh lacerations to his left wrist. He was arrested without incident and when asked about the girl’s (Ertl’s) location, he responded “What Girl?” After further questions, Anderson led officials to Ertl’s body.

Bail has been set at two million dollars without conditions and one-million with conditions. Anderson is due back in court on October 10th.