You are here: Home / Sports / T-Wolves In Orlando

Two teams that have been tail-spinning into oblivion in their
respective playoff races hope to use each other as a springboard
back into contention when the Minnesota Timberwolves visit the
Orlando Magic on Thursday night.

Neither the Timberwolves (25-28) nor Magic (22-32) would make the
playoffs if they began today, and each has a lot of ground to make
up with fewer than 30 games remaining in the regular season. 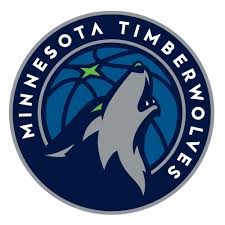 It’s unlikely the Magic will see Teague this time around, either
because he’s still unable to play because of a sore right foot or
because he’s been dealt at the trade deadline. The Timberwolves
have been rumored to be shopping Teague, who has a player option on
a $19 million contract for next season.

The fact that reserve Dario Saric played what Towns labeled “his
best game of the year” Tuesday at Memphis could make Teague even
more expendable.

“Sad enough we had to waste it,” Towns insisted to reporters after
Saric contributed 22 points, seven rebounds and five assists to the
108-106 loss. “He came out, he was on fire, played amazing, gave us
some lift and gave us a chance to win this game.”

With or without Teague, the Timberwolves, who have lost two
straight and four of five, might have a tough time leaving the
Memphis loss in their rear-view mirror. The defeat was the result
of a foul called on Josh Okogie with one-tenth of a second
remaining in a tie game.

One advantage the Timberwolves would seem to have in the game is
the matchup between All-Star centers Towns and Nikola Vucevic.
Towns has outscored his rival 70-46 in their last three
head-to-heads, with the Timberwolves winning all three.

The Magic have lost five of their last seven games, but it’s hard
to blame Vucevic. He’s recorded double-doubles in six of his last
eight outings, missing double-doubles in the other two by one
rebound in each.

It’s possible the Magic could go into the game with even less of a
supporting cast for Vucevic than the one that participated in
Tuesday’s 132-122 loss at Oklahoma City.

High-scoring reserve Terrence Ross has been rumored to be on
several contenders’ wish lists at the trade deadline, something
with which he has become quite aware.

“As players you don’t have any say-so, so there’s no point in like
stressing about it,” Ross told reporters Tuesday night. “You’re
going to get an opportunity to play. You’re going to have to go out
there and do what you do regardless, because whether you get traded
or not, you’re on that team to do a specific job.

Ross has scored in double figures off the bench in 13 of his last
15 games. He had 13 points, including three 3-pointers, in the loss
at Minnesota last month.