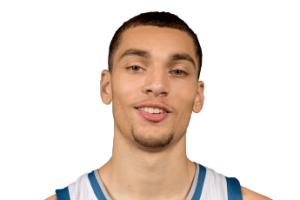 February’s All-Star Weekend in New Orleans is a long way away. Yet when it comes to Aaron Gordon and Zach LaVine, everyone is already thinking about it and what might come. The two players who stole the show — stole the whole All-Star Weekend in Toronto — are still making their victory laps it seems.

Neither LaVine nor Gordon is ready to commit to the Slam Dunk Contest in February. But the two-time dunk champion and his greatest challenger will meet on the court for the first time since that Saturday in Toronto when the Minnesota Timberwolves (1-5) visit the Orlando Magic (3-4) at Amway Center on Wednesday.

The two players have been tied together more since that epic back-and-forth dunk contest. They ended up at promotional stops together in China during the offseason. They were part of a Nike commercial together, where naturally they were throwing each other alley-oops.

“We’re both very casual, relaxed dudes,” Gordon said after practice Tuesday. “We chop it up, joke about it and laugh about it. We both know we put on a show.”

Gordon and LaVine indeed put on a show with their back-and-forth display of incredible athleticism that made the dunk contest the talk of the entire weekend. Many people believed Gordon should have won the contest. Even Zach LaVine has said he thought they should split the trophy.

The two are still creating highlights on a nightly basis. Gordon busted out a 360 dunk in-game last week at Philadelphia and has some hair-raising dunks and alley-oops already.

But the question for these two young players next is how do they turn their dunk contest success into actual production on the court?

LaVine so far has looked like he is beginning to find his fit. Now relieved of Minnesota’s point guard experiment, LaVine is averaging 17.7 points per game and is shooting 41.7 percent from beyond the arc.

He scored 31 points in a game against the Memphis Grizzlies last week and had 17 points in the Timberwolves’ 119-110 loss in Brooklyn on Tuesday.

“I think each year he’s gotten better,” coach Tom Thibodeau told Derek James of ESPN 1500 in Minneapolis following the win over the Grizzlies last week. “He’s comfortable and puts a lot of work into his game. He spends a lot of time shooting. I think he has a much better understanding of the NBA game now and I think there’s a lot of room for him to grow, too. I think he can be terrific defensively.”

Gordon too has had to evolve his game. He has found that process a little more difficult.

The Magic are testing him out at the small forward position and playing him on the perimeter more. With the increased playing time and role, he is averaging 11.6 points per game and shooting a career-best 36.4 percent from beyond the arc. There are still plenty of hiccups and inefficiencies in the 21-year-old’s game.

Both LaVine and Gordon, though, are young. Their insane athleticism is a reminder of that. The two are forever bound in that incredible evening in Toronto.

Now the two are looking to expand their games and help their young team’s take the next step closer to the playoffs.