You are here: Home / News / Top analyst says prospects for transportation deal not good at MN Legislature (with AUDIO) 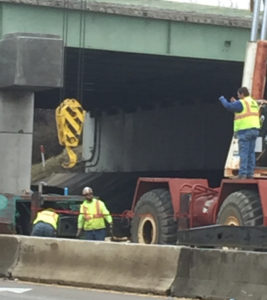 Republicans in both the Minnesota Senate and the House now have their transportation funding proposals on the table, but Hamline University analyst David Schultz says prospects still don’t look good — at least at this point.  Schultz says, “Even though it’s a brand new session, we’ve had an election in between and you think that sometimes it might change things, we’re probably no closer today than we were a year ago, when last year was supposed to be the session about transportation.”  Republicans say “no way” on a gas tax increase — but Democrats, including Governor Mark Dayton, maintain it’s the only way to raise enough money to adequately address Minnesota’s transportation needs.

Schultz says it’s a continuation of something that goes back to Tim Pawlenty’s time as governor.  He says, “The last time that vote happened in terms of Republicans voting in favor of some gas tax, those Republicans were essentially ousted from their party and ostracized — so in many ways this is almost a decade-old position that’s really cemented here.”  Just over nine years ago, six Republicans joined the Democratic majority in the Minnesota House to override then-Governor Tim Pawlenty’s veto of a gas tax increase. The Minnesota Chamber of Commerce’s support for the measure was a critical factor.

More in the interview with Professor Schultz: