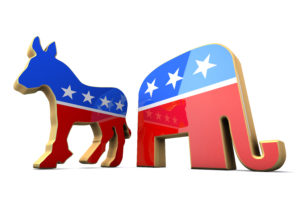 Republican presidential candidate Donald Trump continues saying the election is rigged and alleges widespread voter fraud as early voting gears up. Hamline University political science analyst David Schultz says the Trump campaign’s strategy might be “recognition of the fact that perhaps if the polls are correct, that they might not win. This is… a way to start to de-legitimize or take any mandate that Clinton might have away from her and make it difficult for her to govern.”

Some Trump supporters threaten violence if their candidate loses. Schultz says about that: “We’re nowhere near I think at the point open arms and rebellion, but it certainly doesn’t help, though, when Donald Trump sort of festers this belief that elections are being stolen.” Schultz says a lot of people on both sides are hyperventilating at this point in the campaign and everyone should calm down.