You are here: Home / Sports / Towns leads Wolves in preseason win over Memphis 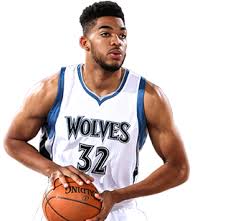 Karl-Anthony Towns had 31 points and nine rebounds and Minnesota led by 40 points in the third quarter.

Towns shot 7 for 10 from the field and 17 for 17 at the free throw line in 25 minutes, having his way with defensive stalwart Marc Gasol.

Gasol had six points and four rebounds in 19 minutes for Memphis, an encouraging sign after the star center suffered a bone bruise on the same foot that was surgically repaired in February.

GRIZZLIES: Rookie second-round pick Deyonta Davis (left foot) made his preseason debut after sitting out the first five games. He had three points and five rebounds in 13 minutes. … Coach David Fizdale said he had his fingers crossed that Chandler Parsons, who hasn’t played in the preseason while recovering from right knee surgery, could be ready by the opener. ”I’d rather have him for 75 games than for five,” he said.

UP NEXT: Minnesota (4-2) hosts Charlotte Friday. Memphis (4-2) is finished with the preseason and opens the regular season at home against Minnesota Oct. 26.