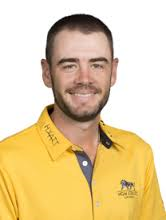 Troy Merritt is the defending champion at the Quicken Loans National, but that doesn’t mean he gets friendly vibes from the golf course.

Merritt shot 14 under par on the weekend last year at Robert Trent Jones Golf Club to break through for his first PGA Tour victory, beating Rickie Fowler by three shots. Merritt is a Spring Lake Park graduate and golfed for a couple of years at Winona State.

This year, the tournament returns to Congressional Country Club, where Merritt missed the cut in 2014.

”I really like RTJ,” Merritt said. ”Congressional, I struggled mostly off the tee because I was hitting a little cut off the tee. These days I’m hitting it lot straighter, maybe even turning it over a little bit. I’m excited to get back here and give it a shot.”

Merritt is known as a streaky player. When he gets hot, he can beat everybody, as he showed last year.

”It’s a lot of fun. For a brief moment in time, it feels like the game is coming easy,” Merritt said. ”It’s a very tough game, and it demands a lot of attention. There are times when it feels like you can’t miss a shot, can’t miss a putt. You’re reading the greens correctly, you’re hitting the shots the way you want to. It’s fun to get into those streaks. I wish they came more often.”

There’s an obvious downside to Merritt’s up-and-down play. He has missed 10 cuts in 18 starts this season. For his career, he’s missed more cuts (63) than he’s made (56).

The Idaho resident has enjoyed the job security that comes with the two-year exemption for winning, gearing his schedule toward the courses where he plays well. He also feels free to play more aggressively. On the 72nd hole at Bay Hill this year, he fired at a tough pin and came up short in the water, and Jason Day went on to win. He has no regrets.

”In years past, I would have bailed out to the middle of the green and taken a tie for second, but I wanted to get my second `W,”’ Merritt said. ”It didn’t work out that time, but it doesn’t mean it won’t work out next time.”

Merritt also got to play in his first Masters, and his father caddied for him in the par-3 contest. Although he only shot one round under par, he managed to play 72 holes without a single three-putt on Augusta National’s treacherous greens.

”I joked with my caddie coming up the 72nd hole. I said, `They should give us the green jacket for not having any three-putts,” Merritt said. ”But that didn’t fly.”