You are here: Home / News / Trump’s immigration initiatives have some on edge (with AUDIO) 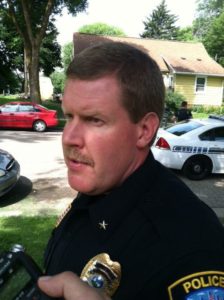 Willmar Police Chief Jim Felt says publicity over President Trump’s immigration policies is making local immigrants nervous. Earlier this month police organized a public meeting with members of the Minnesota Latino Police Officers’ Association to talk about some of the issues officers face when dealing with immigrants. But Felt says attendance was very light because local Latinos suspected the event might be an immigration bust in disguise…

Felt says the Willmar Police Department has worked hard at building trust and a good working relationship with local immigrants, and he says they are operating the same way they did 20 years ago…they are not randomly stopping people who look Latino or Somali and demanding they prove they are U.S. citizens

Felt says if they stop someone for a traffic or a criminal offense and suspect they have forged i.d.s or documents, in those cases they would turn that information over to the Immigration and Customs Enforcement officials. Felt says last year Willmar Police had several Coffee With the Cops and Pop with a Cop events, giving the public to sit down and talk with police, and more are planned for this year. Earlier this week they had such an event at The Somali Star restaurant. On Thursday police officers will be having lunch with elementary school kids.