You are here: Home / Sports / Twins in Baltimore tonight 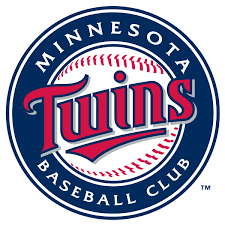 BALTIMORE — Dylan Bundy will try to rebound on Tuesday after his first non-quality start of the season. It will not be an easy task for the Baltimore Orioles right-hander.

Bundy (5-2, 2.97 ERA) will face Minnesota Twins ace Ervin Santana (6-2, 2.07) in the middle game of a three-game series at Camden Yards. Bundy has lasted at least six innings of each of his nine starts, but he did not give up more than three runs until his last outing.

The Detroit Tigers touched him up for six runs in six innings on Thursday in a 6-5 victory over the Orioles. Still, he made it through the sixth, which gave a tired Baltimore bullpen a break.

Bundy has pitched just once against Minnesota, throwing a scoreless inning last year. The Orioles will need his help after the Twins scored 12 consecutive runs and rallied from an early five-run deficit to post a 14-7 victory in the series opener Monday.

Orioles manager Buck Showalter wants his team to shake off the loss.

“If you’re tough mentally. I don’t think guys dwell on it,” Showalter said. “But as long as they feel like there’s a silver lining there, something that’s coming that’s going to get better, (that’s good).”

Santana also is trying to rebound from a defeat. He gave up five runs on six hits in seven innings on Thursday, taking the loss against the Colorado Rockies.

Still, that was the fifth time in nine starts that Santana went at least seven innings. The 34-year old right-hander certainly has earned the respect of manager Paul Molitor.

“He’s a poised pitcher who’s not intimidated,” Molitor said. “Since he’s been here, he’s pitched good baseball for Minnesota. In a very bleak season (last year), he was one of our lone bright spots. He’s a guy who attacks with his fastball.”

Santana, who is 4-5 with a 4.87 career ERA against the Orioles, ranks first in the majors in lowest opponents’ batting average this year (.144).

The Orioles still are battling a number of injury issues. Manager Buck Showalter said before the game Monday that Ryan Flaherty, on the disabled list due to a strained shoulder, was getting a plasma-rich platelet injection before going out to do rehab work in Florida.

Manny Machado played on Monday after X-rays on his left hand were fine, and he went 1-for-3 with a walk and an RBI double. He was hit in the hand by a pitch on Sunday, and Showalter said the hand still was not perfect a day later.

The Twins, meanwhile, recalled right-hander Kyle Gibson (1-4) to start the series opener, and he allowed six runs in five innings but still got the win. He snapped a nine-start winless streak.

Thanks to a four-run fifth inning and six-run sixth, Minnesota improved its road record to 12-5.