You are here: Home / Sports / Twins continue to roll in Cleveland 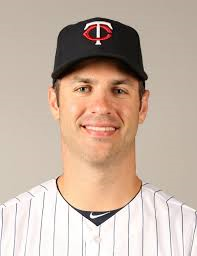 Joe Mauer had four hits and four RBIs, Brian Dozier hit a three-run homer and the Minnesota Twins continued their mastery over the Cleveland Indians with a 13-5 win on Wednesday night.

Cleveland, the AL Central leader, fell to 4-8 against last-place Minnesota. The Twins have outscored the Indians 35-16 in winning the first three games of this series.

The Indians’ frustration boiled over when manager Terry Francona was ejected in the third inning.

The Indians’ lead over Detroit in the AL Central lead has shrunk to two games. Cleveland, which is 26-8 against the rest of the division, held a 7 1/2 game lead on July 20.

Pitching coach Mickey Callaway was ejected with Francona, and pitcher Corey Kluber – who wasn’t in the game – was thrown out in the fifth.

Mauer had an RBI single in the second, a two-run double in the third and an RBI triple in the eighth. He also doubled in the first and walked in the sixth.

Dozier homered in the ninth.

Kepler is 7 for 12 with four homers and 10 RBIs in the series. His two-run single in the third led to the ejections of Francona and Callaway. Minnesota scored five times in the inning.

The ejections came after a replay review upheld a ruling on the field that right fielder Lonnie Chisenhall didn’t catch a fly ball hit by Kepler. Chisenhall attempted to make a diving catch, and Francona immediately challenged the call.

Although replays shown on the Progressive Field scoreboard indicated Chisenhall may have made the catch, the call on the field stood. Francona and Callaway were tossed by plate umpire Manny Gonzalez.

Kluber was ejected by first-base umpire Jim Reynolds for arguing from the top step of the dugout after Abraham Almonte was called out on a close play.