You are here: Home / Sports / Twins get big game from Santana 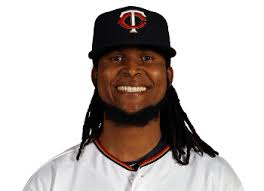 Ervin Santana struck out eight and walked none in a two-hitter that led the Minnesota Twins over the Oakland Athletics 4-0 on Wednesday.

Santana (3-7) pitched his eighth shutout and 15th complete game, helping the Twins take two of three from the A’s. Joe Mauer had three hits and an RBI.

Minnesota got off to a historically bad start and quickly got buried in the AL Central. But the Twins have won four of their last five games and each of their last three series at home.

The bleary-eyed clubs were back at it on Wednesday less than 12 hours after finishing a rain-delayed game that started at 9:52 p.m.

Both teams appeared to be swinging heavy bats, and stranded 12, going 1 for 11 with runners in scoring position.

Santana frustrated Oakland’s hitters all afternoon. Josh Reddick slammed his bat in anger after popping out to the catcher in the fourth inning and Khris Davis did the same after a strikeout in the seventh.

As sharp as Santana was, he didn’t have much cushion for most of the afternoon because the Twins kept leaving runners on base against Gray. They left nine on in the first six innings before finally scratching two more runs across.