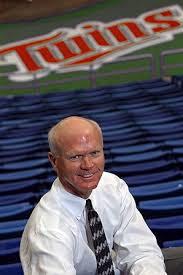 The team says Assistant General Manager Rob Antony will assume Ryan’s duties on an interim basis. Ryan joined the Twins as a player in 1972 and was named Executive Vice President/General manager in 2011.

Twins owner Jim Pohlad says “the decision to part ways with [Ryan] was difficult and painful” and that it is “impossible to overstate [Ryan’s] contribution to our game, our team and the Upper Midwest baseball community.”