You are here: Home / Sports / Twins tame Tigers behind Gibson 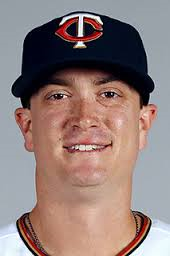 Kyle Gibson got a little help in one of his best starts this season.

Jorge Polanco homered and drove in four runs, Brian Dozier added three more hits to his torrid second half and the Minnesota Twins beat the Detroit Tigers 8-1 on Tuesday night.

The Tigers lost for the third time in 14 games against Minnesota, costing them precious ground in a crowded race for the second AL wild card.

Gibson (6-9) dominated, allowing one run and five hits in eight innings. The win ended a four-start winless streak, including when Gibson allowed five runs in five innings to Detroit on Aug. 23.

”He had a couple nervous moments in there, but that was a great overall outing,” Molitor said. ”It’s not easy to get through that lineup with one run on five hits in eight innings.”

Kennys Vargas homered for the Twins, and Robbie Grossman drove in two runs.

Matt Boyd (5-4) took the loss in his worst outing since June. He gave up seven runs, eight hits and a walk in 3 2/3 innings.

”I was just out of sync,” Boyd said. ”I wasn’t right physically. I feel great, but my mechanics were off. I couldn’t repeat my delivery, and that’s a recipe for disaster. That can’t happen at this time of year.”

Buck Farmer saved Detroit’s bullpen by pitching 4 1/3 scoreless innings, but now the Tigers long reliever will be unavailable for starts by Anibal Sanchez and Mike Pelfrey on Wednesday and Thursday. Sanchez has struggled all year, while Pelfrey will be pitching for the first time since July and is expected to be on a low pitch count.

”He was outstanding, and it helped us a ton,” Ausmus said. ”That frees up the rest of the bullpen for the next couple days.”

Boyd got into trouble quickly, allowing two runs before recording an out. Dozier led off with a base hit and Polanco blooped a double down the right-field line. Grossman lined Boyd’s 11th pitch of the night into center for a two-run single, but the Tigers defense prevented further damage.

Vargas hit a hard grounder up the middle, but Jose Iglesias fielded it behind second and got off a backhanded flip toward the bag. Ian Kinsler caught it in his bare hand and threw in one motion to turn the double play.

Miguel Cabrera’s RBI single made it 2-1 in the bottom of the first, but Gibson took control after that.

Polanco’s two-run homer gave the Twins a three-run lead in the third. Grossman followed with a double, giving the top three in Minnesota’s order six hits in six plate appearances, including three doubles and a homer.

Detroit loaded the bases in the fourth, but Gibson got Jarrod Saltalamacchia to pop out and end the inning.

Polanco had two shots at the triple he needed for the cycle but popped out and walked.