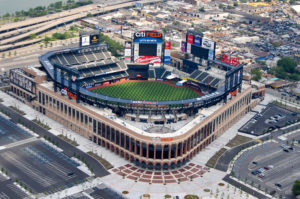 The New York Mets didn’t have to do a thing Thursday in order to take sole possession of the second wild card in the National League. On Friday, the Mets will begin taking playoff destiny into their own hands.

The Mets open up their final homestand of the regular season Friday night, when the Minnesota Twins visit for a three-game interleague series at Citi Field. New York (77-69) was off Thursday following a 1-0 loss to the Washington Nationals on Wednesday while the Twins (55-92) beat the Detroit Tigers, 5-1, at Comerica Park Thursday afternoon.

While the Twins are hoping to avoid 100 losses, the Mets will enter Friday with a one-game lead over the St. Louis Cardinals (76-70) in the race for the NL’s second wild-card spot by virtue of the Cardinals’ 6-2 loss Thursday night to the top wild card, the San Francisco Giants (78-68).

The Mets, the defending NL champions, appeared finished four weeks ago Friday, when an 8-1 loss to the Giants dropped them to 60-62 and into fifth place in the wild-card race, 5 1/2 games behind the second wild card Cardinals.

But the Mets have the best record in baseball (17-7) since Aug. 19 and will play their final 16 games against a quartet of teams — the Twins, Atlanta Braves, Philadelphia Phillies and Miami Marlins — that enter Friday a combined 88 games under .500.

“We have caught up a lot in the last couple of weeks,” Mets manager Terry Collins said. “We have a chance to do some damage if we take care of our own business.”

The Mets have done damage of the past month thanks largely to strong pitching from three unexpected contributors: Rookies Seth Lugo and Robert Gsellman as well as wise old sage Bartolo Colon. The trio is a combined 9-1 with a 2.58 ERA in 14 games (13 starts) during New York’s run.

Colon, the oldest player in baseball at age 43, is scheduled to start Friday’s opener while Lugo is expected to pitch Saturday.

“At this time of year, (with) where we’re at, and you see the young guys stepping up and doing their job, you can tell how good stuff they have,” Mets catcher Rene Rivera said after Gsellman threw 5 2/3 scoreless innings Wednesday.

The Twins, meanwhile, will look to continue playing spoiler as they try to avoid the franchise’s first 100-loss season since 1982. Minnesota, which needs to go 8-7 the rest of the way to finish with fewer than 100 losses, just split a four-game series with the AL wild card-contending Tigers and will play the next 12 games against four teams — the Mets, Tigers, Seattle Mariners and Kansas City Royals — who are currently over .500 and within six games of a playoff spot.

Rookie right-hander Jose Berrios, who has a 9.27 ERA in his first 11 big league starts, is scheduled to oppose Colon on Friday night.

“We’re trying to finish and at the same time construct a little bit in our brains going forward, what people are in our mix,” Twins manager Paul Molitor told reporters Thursday afternoon.